Devotion, Clam’s Dream, A Gust of Wind, Elephant Bridge, Daikoku and a Child, Tortoise Playing with Fisherman & Fisherman Serenity are all the seven Ivories which have been conserved with a generous donation from The Arts Society Fylde. 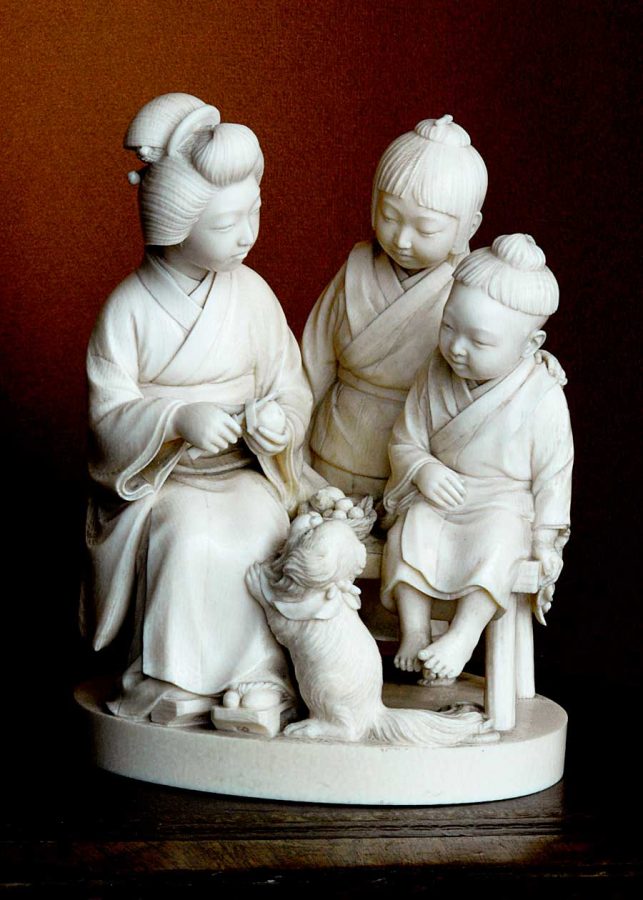 TASF held a very successful event on Wednesday 17 October at the Town Hall, St Annes, ‘Celebrating Ten Years / Enriching Lives through the Arts’, in the presence of the Mayor and Mayoress of Fylde, Councillor & Mrs Peter Collins, when we were able to see the newly conserved items.

Jenny Truran, conservator, gave a very interesting account of how she had cleaned the Ivories and Kunie Couch, who had researched them as part of the Tagging the Treasures project, told us how ivories such as these came to be made.

Chair of TASF, Pat Corless, welcomed everyone and Jo Darbyshire, past Chair, handed over a cheque for £1,000 to the Mayor.

The Friends were so pleased when they learned that FDFAS, as it was then, planned to celebrate their 10th Anniversary by making a gesture of a donation for conservation. The Friends have paid for the plaque to commemorate their funding.

Jenny also gave an update on the conservation of the statues of Hebe and Amphitrite; in fact they are almost finished.  In the photograph below you can see protective sheeting and part of a high platform, essential for Jenny to stand on as she worked, the statues are so tall. Also shown is the back of Amphitrite’s head and hair showing it partially cleaned: