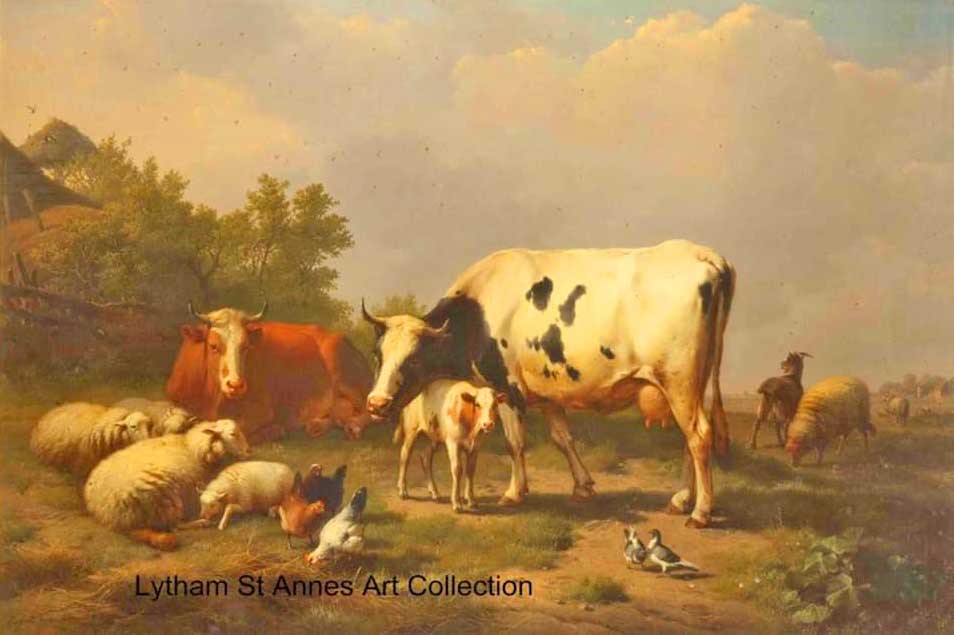 This oil on canvas was painted by Eugene Joseph Verboekhoven 1798-1881. Born in Belgium into a family of artists he was a painter, sculptor, etcher and lithographer. He was well known for his animal paintings but also for landscapes and portraits.

Exhibiting in salons and private galleries, he was one of the most famous and successful artists of his day and his work was widely sought after in Europe and America.  He received medals and honours from numerous nations such as the Order of Leopoldo in his native Belgium.

The painting was donated by Margaret Elizabeth Hanson nee Bousfield in 1951. Born in Soulby, Westmorland in 1867 to a tenant farmer, she was one of 9 children.

When her father left the farm the family settled in Manchester, Margaret married Alfred Ebenezer Hanson, a Manchester solicitor, in 1917. The couple later moved to St Thomas’ Road, St Annes on the Sea. Alfred died in 1950 but Margaret lived until the age of 98, dying in 1963.

For further information about the painting in the LSA Art Collection please visit the on-line catalogue:
www.lythamstannesartcollection.org