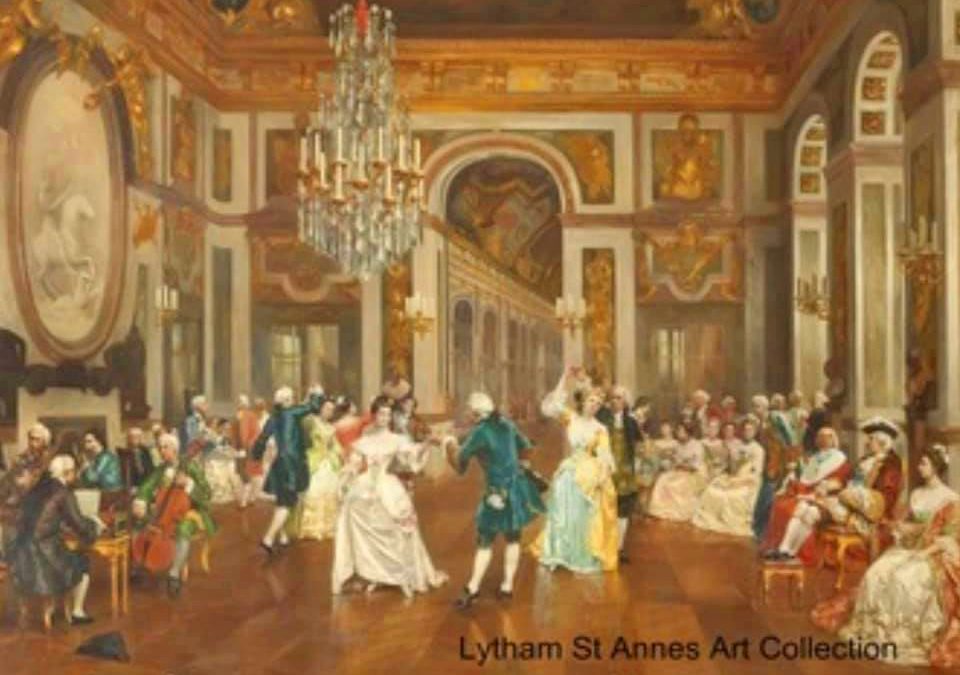 Born in Trieste, then part of the old Austro- Hungarian Empire, Filippo Baratti painted this oil on canvas.

Primarily known for paintings with Oriental themes, he also painted occasional cityscapes and landscapes after working in Paris and London. His movement through Europe may be traced by his dated work.

The Minuet was donated in 1938 by Elizabeth Ann Parker, nee Hoyle, the widow of shoe and slipper manufacturer, Joseph Hiram Parker.