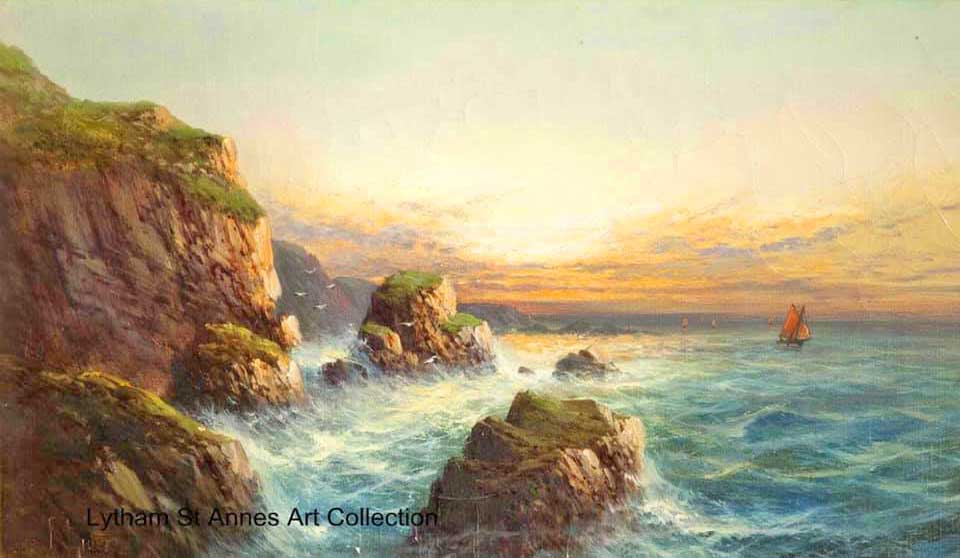 This dramatic oil on canvas, Rocky Coast Scene at Sunset, Devon, was painted by Frank Hider, 1861-1933.

He trained at Heatherley School of Fine Art, London and his subjects were predominantly landscape and coastal scenes. Travelling widely he was prolific in his output but rarely exhibited. His work sold regularly at top auction houses.

Shore Scene with Boats, Cornwall by Hider is also in the Collection and both pictures were donated in 1954 by Charles Lewis Snelson, 1872-1960.

Born in Bolton he became a headteacher in Chester before retiring to the Fylde, living first in St Martins Road, Blackpool and finally in Fairhaven Road, Lytham St Annes.