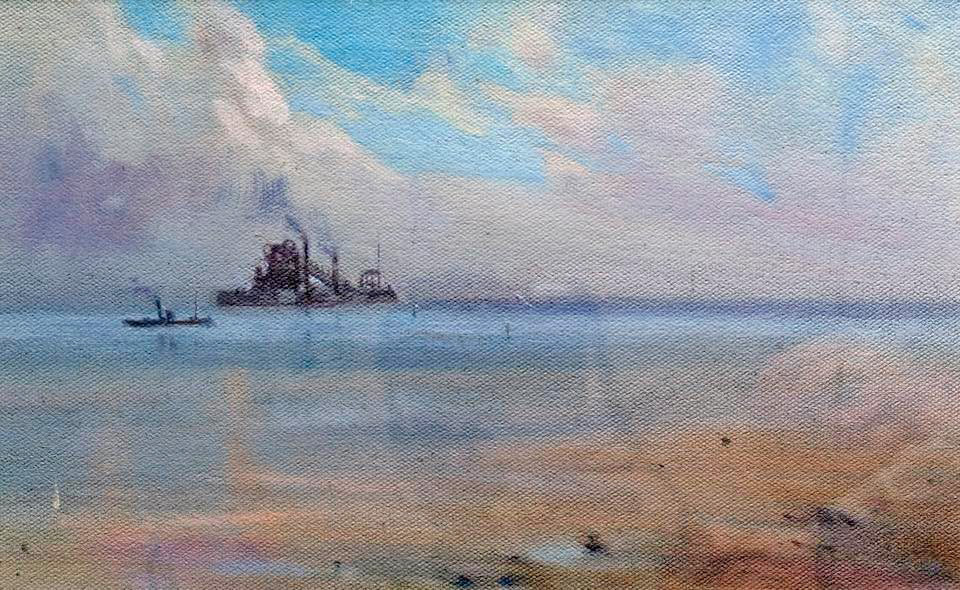 Dredging on the Ribble 1920. By Hugh Berry Scott

Hugh Berry Scott (1853-1940) was a Preston born artist and sculptor.  Whilst in Preston he also worked as a station master, a tax assessor and scenery painter in theatres.

He moved to Warton around 1880 where he became Chairman of Warton Parish Council.

On the death of his wife he moved to Lytham. His son having died in Boer War and his three daughters having left home he rented the Old Customs House on Lytham Green where he turned the top floor into a studio. It is thought this oil on canvas was painted there in 1920.

Dredging on the Ribble was donated to the Collection by Alderman James Herbert Dawson (1867-1963), Grandfather of the Friends Chair, Margaret Race. It is fair to say that he was the most generous of doners. In fact, during his lifetime he gave over 50 pieces of artwork.