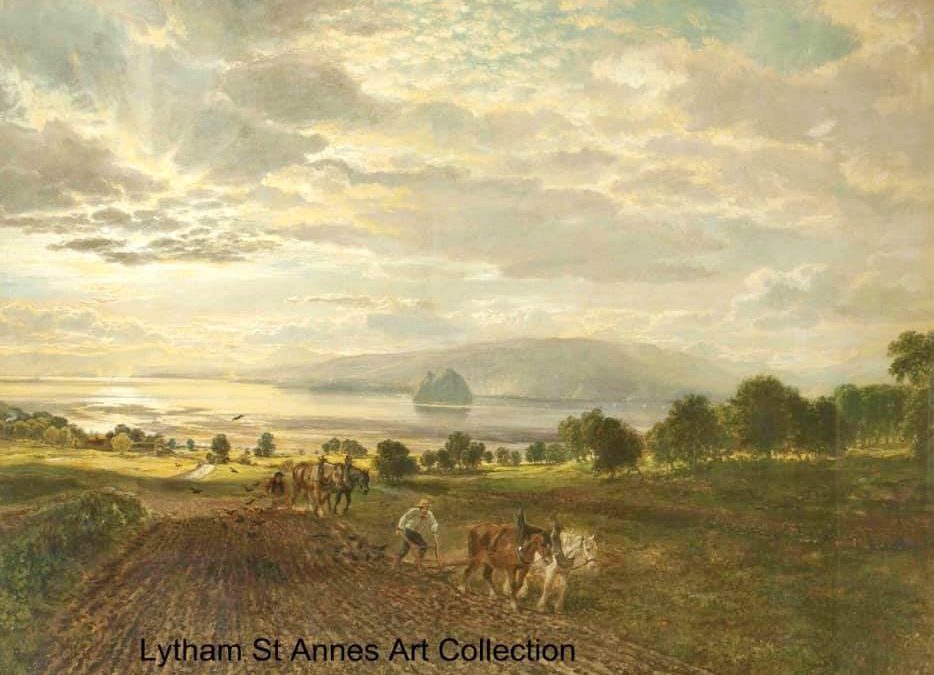 DUMBARTON ROCK ON THE CLYDE

Samuel Bough RSA, 1822-1878, painted this oil on canvas around 1862. Situated in the Clyde Estuary Dumbarton Rock has been a popular subject for artists through the years.

Bough was born in Carlisle but move to Edinburgh in 1855. Previously a theatre scene artist he became a much admired landscape artist, particularly of Scottish scenes. He was buried in Dean Cemetery, Edinburgh. A 10ft granite monument, paid for by subscription, is testament to the esteem in which he was held.

The painting was donated in 1944 by William James Orr CBE in memory of his sister, Mary Laurie Orr who had died the previous year. William 1873-1963 was a wealthy retired cotton manufacturer born in Manchester to James and Mary Orr. They had moved to Manchester from their home in Irvine, Scotland. Irvine is near to Dumbarton Rock so perhaps the donated painting was purchased to remind them of home.

By the 1880s, James, Mary and their large family had moved to Lytham St Annes and several siblings remained here throughout their lives as did Mary Laurie Orr.

To find out more about the painting and the Orr family look at the on-line catalogue: lythamstannesartcollection.org