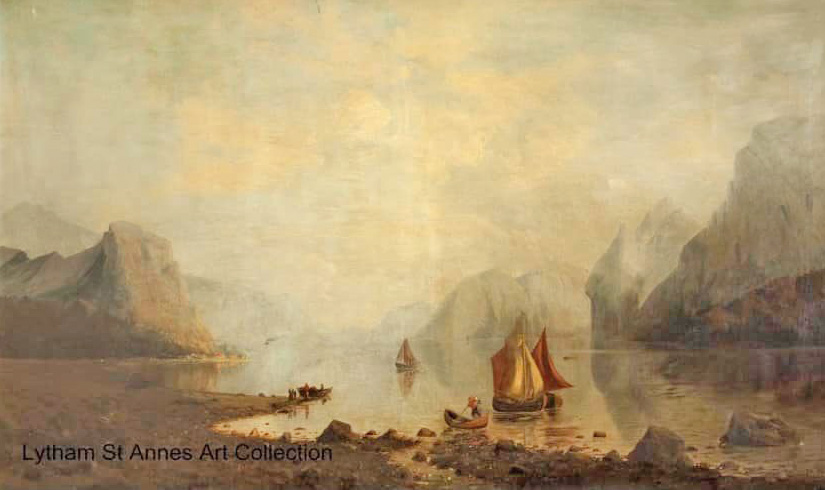 Therese Fuchs, 1849- c 1902, was a prolific German artist of the Düsseldorf School and lived in Norway for a considerable time.

This oil on canvas is typical of her work as she was known for her atmospheric depictions of Alpine scenes, fiords, lakes and snowy settings.

The painting was donated in 1941 by Mrs Dorothy Killeen, nee Snary, who was the executrix of her father’s will. Henry Augustus Boon Snary, 1873-1941, was a dentist whose final practice was situated in Woodlands Road, St. Annes on Sea.