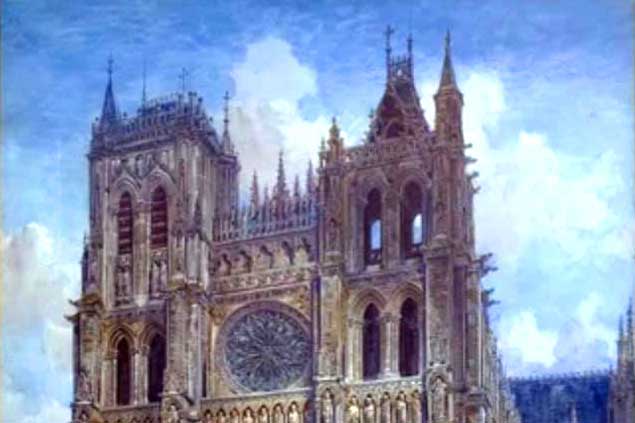 Amiens Cathedral is a watercolour painting by Thomas Greenhalgh (1848-1906). It depicts the largest of the three Gothic Cathedrals built in France in the 13th century.

The artist, born in Heywood, Rochdale, to a blacksmith was the youngest of seven children and painted from an early age. The 1861 census recorded him as “a painter” at the age of 14.

Travelling widely through Britain and the Continent his subjects were landscapes, churches and architectural works. Settling in Southport, he was an active member of the Southport Art Association exhibiting at several Northern galleries including the Walker in Liverpool. 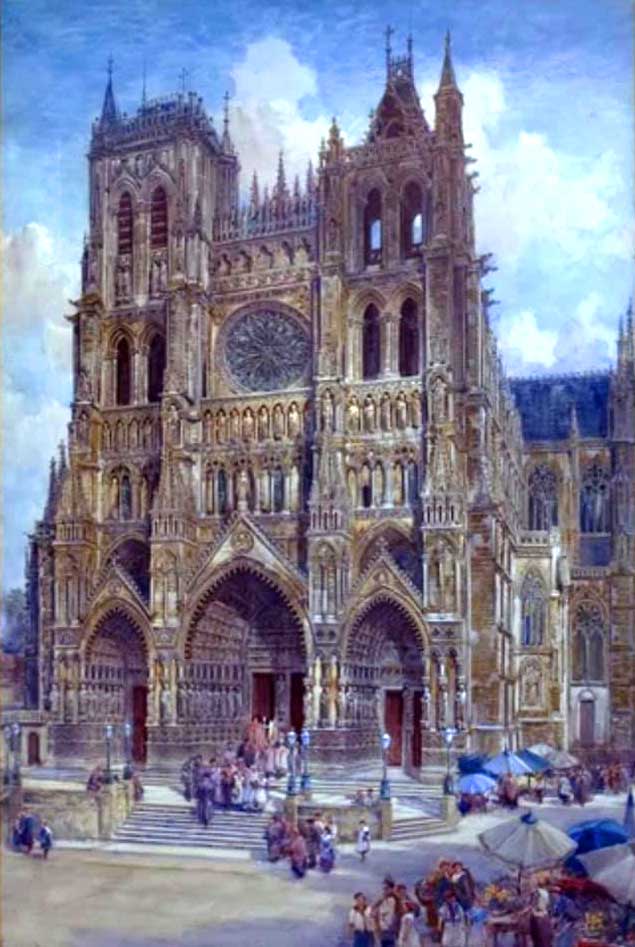 The painting was donated in 1949 by Lillian Mary Flanagan (1874-1966), the widow of William Henry Flanagan, who had been the Conservative M.P. for the Clayton Division of Manchester. The couple had lived at Ollerenshaw Hall near Whaley Bridge until 1936 before retiring to St Annes.