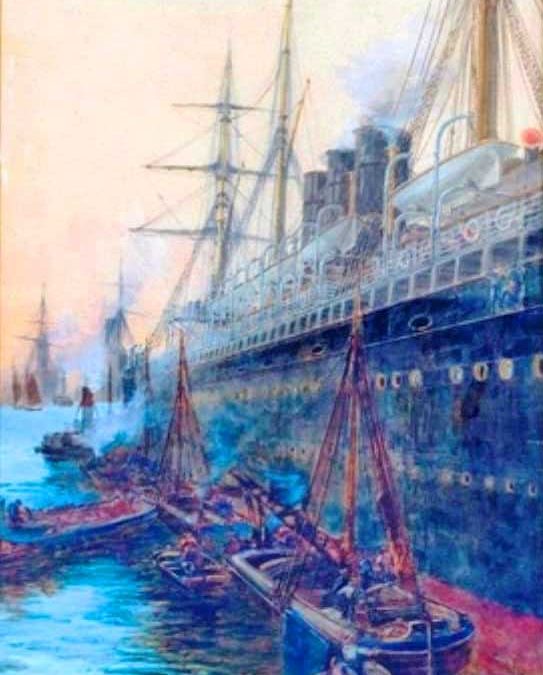 Coaling, “S S City of Rome” in the Mersey is a stunning watercolour by Thomas Greenhalgh, 1848-1906. A recognised artist of the Victorian
period he worked mainly in watercolours but was also skilful in oils.

Born in Heywood, Lancashire, the youngest of seven children, he painted from an early age. After marriage he moved to Southport where he regularly exhibited, often at the Atkinson Art Gallery.

The S S City of Rome was an iron hulled steam clipper launched in 1881. As her speed and cargo capacity proved disappointing she was modified and became an ocean liner, one of the first to be lit by electricity. The ship had an interesting history as she was used in 1898 to repatriate naval POWs captured by the USA and employed as a troop ship in the Boer War before returning to transatlantic duty. She was scrapped in 1902.

Alderman J. H. Dawson donated the painting in July 1948, just one of many artworks he added to the Collection.

Find out more about Thomas Greenhalgh and this painting on the Lytham St Annes Art Collection website.