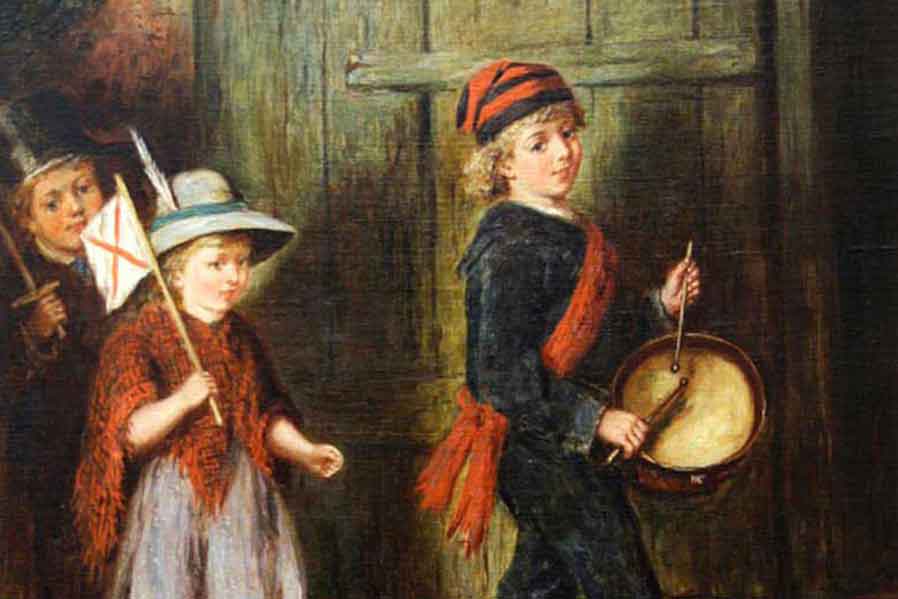 The Drummer Boy is an oil on canvas painted by Surrey born artist, Mark William Langiois 1848-1924.

A painter of figurative scenes, often featuring children at play, he is known to have exhibited at the Royal Academy.

The painting was donated in 1946 by Edward Geoffrey Sergeant 1902-1990, Lord of the Manor of Kirkham. He purchased the title in 1933 for £300 to re-establish a weekly market in Kirkham, invoking an archaic charter granted by Edward 1 in 1287. As a Councillor he wished to raise the standing of Kirkham as a thriving market town.

The painting went missing in 1968 at the time the Town Hall expanded into the former Chaseley Hotel on St Annes Road West.

After 43 years it was found when some shelving was removed and as it was quite damaged was sent to the Lancashire Conservation Studios. The Friends of the Lytham St Annes Art Collection paid £2000 for its conservation including a new frame. This was the very first conservation project funded by the Friends. 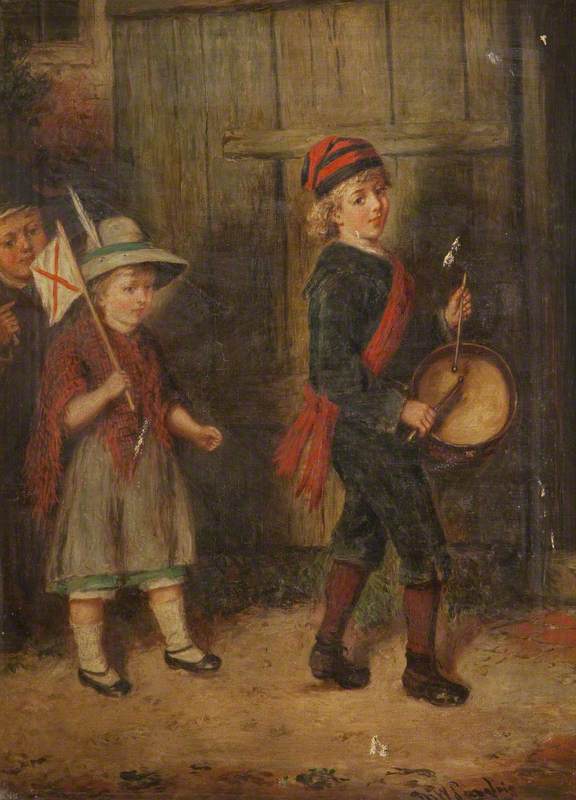