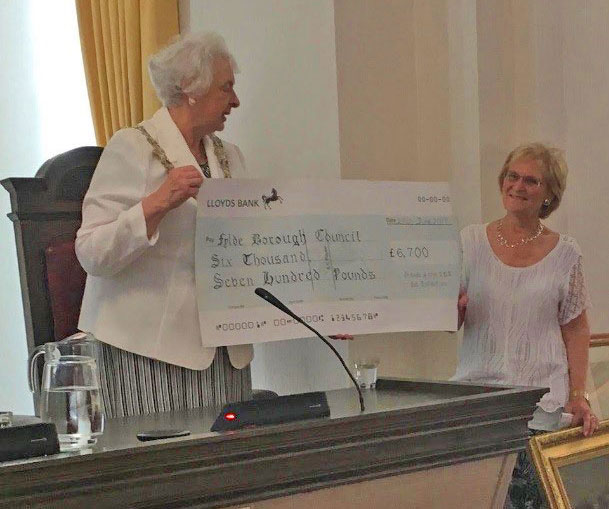 On 27 June 2019 members of the Friends and invited guests gathered together in the Town Hall for a very special occasion.

We were delighted that the Mayor of Fylde, Councillor Angela Jacques, agreed to attend and to accept these on behalf of the Council.

The proceedings were enhanced by the presence of Sarah Kellam and her husband, Colin, who had travelled from their home in the south of England especially to be with us on the day.

Sarah, the great-great-granddaughter of Richard Ansdell, told us some very interesting details about the oil sketch, which featured the heads of three sheep. Unsurprisingly, it was entitled ‘Three Sheep’s Heads’! Sarah and Margaret Race had bought it at auction, presenting it to the Collection as joint donors.

Had we known about two further gifts when we planned the event it would no doubt have been called a Triple Celebration! Sarah and Colin very kindly brought with them two lithographs of paintings by Richard Ansdell and proceeded to present these to the Mayor, who graciously received them. 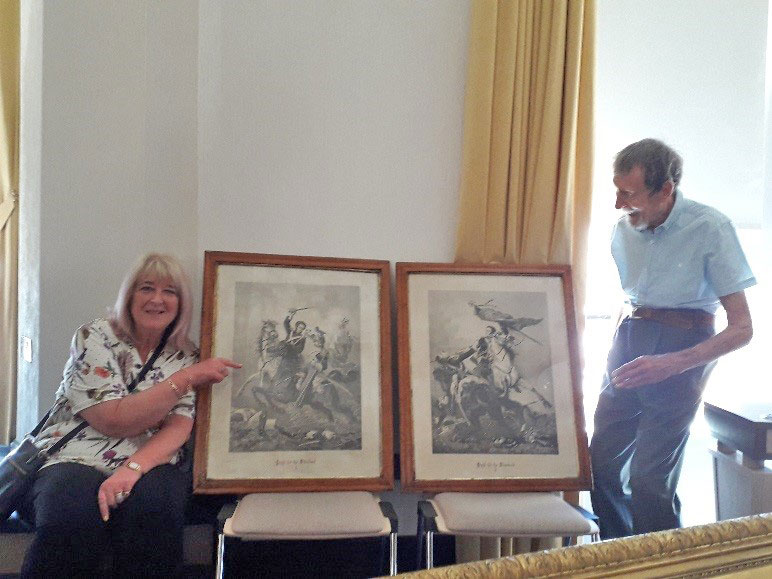 The two lithographs represent an amazing event from out of the history books.

Although they tell the same story, the one on the right is of the famous Richard Ansdell painting , ‘The Fight for the Standard at the Battle of Waterloo’, 1847, which hangs in the Main Hall in Edinburgh Castle; the other is probably quite rare as it is of a painting Ansdell decided not to use.

Again Sarah explained what was behind these two pictures and demonstrated to us all her very extensive knowledge of her famous ancestor.