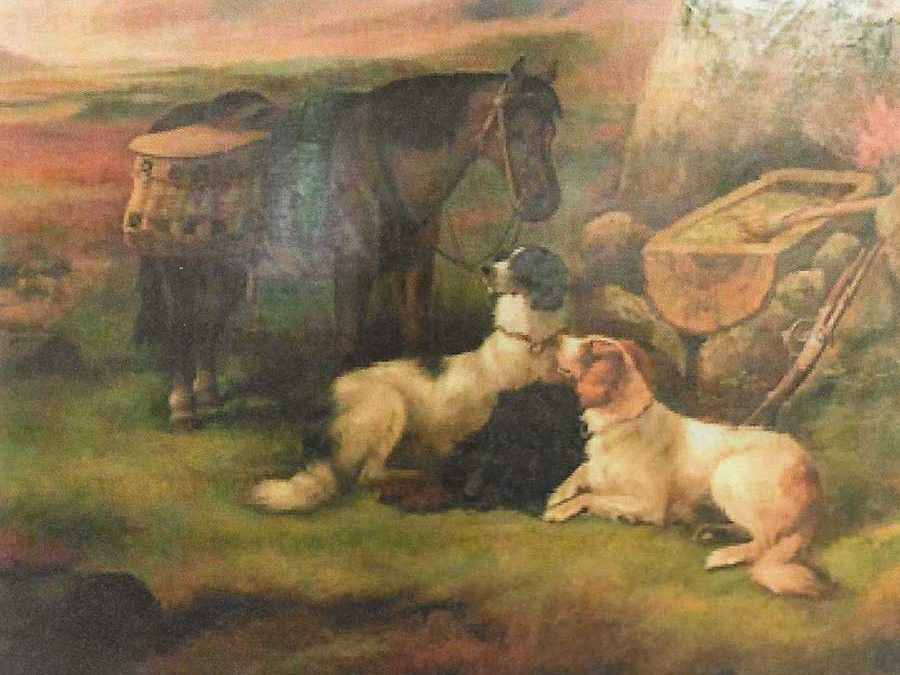 This exhibition was well received by those who visited it during its run.  There were some lovely paintings on display including old favourites, In Disgrace (Charles Burton Barber) shown below and L’Impatien (Andrea Landini). 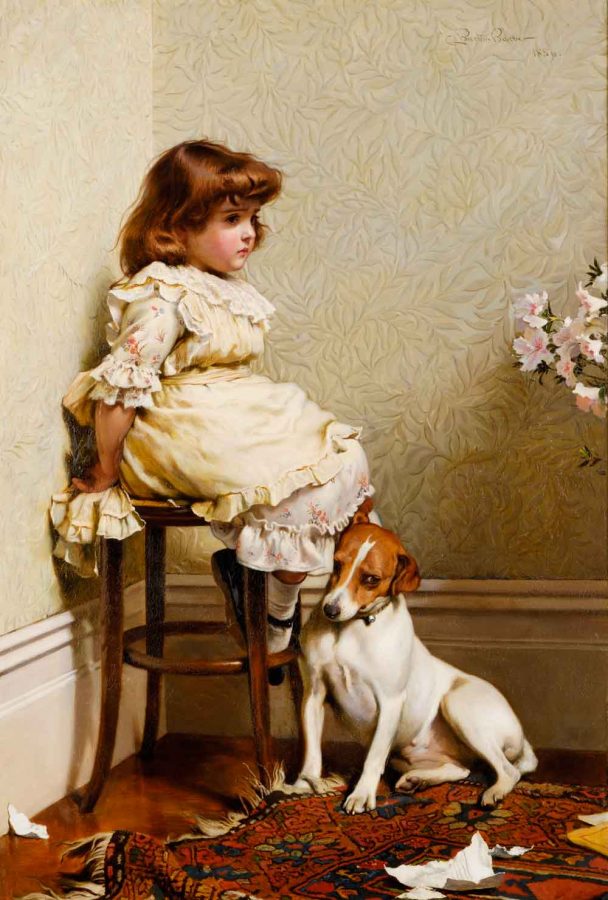 It was also good to see a painting which has never been on public display before, Waiting for Master (at the top of this page), by Richard Ansdell and John Charles Morris.  Alderman J H Dawson gave it to the Collection in 1955.

The exhibition was designed to show the relationship between the Victorians and their dogs and a variety of dog breeds were featured in both rural and domestic settings.

Sophie Fuce, Fylde Borough Council’s Collections Officer, conceived the idea and constructed the exhibition.  Sophie spoke to us at the Private Viewing on Wednesday 13 March, which was organised for members and enjoyed by all who attended.